Organized Retail Crime and How to Stop the Loss

What is Organized Retail Crime (ORC)

In a concise definition, “organized retail crime involves the association of two or more individuals engaged in illegally obtaining retail merchandise, data, and/or other resources in substantial quantities through both theft and fraud as part of an unlawful commercial enterprise. 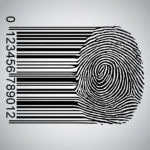 The primary objective of these professional crime rings is to steal for the purpose of turning retail products into financial gain rather than personal use.” 1

Simply put, two or more individuals collaborate to steal merchandise to then fence or sell for a profit, or use return fraud to refund product for cash. Shoplifters usually act alone while an organized retail crime ring can include a whole network of people, including boosters, lookouts, fencers, diverters, and drivers.

Besides utilizing theft to monetize the stolen goods, organized retail crime rings tend to have a specific shopping list of desired products.

The Impact of Organized Retail Crime 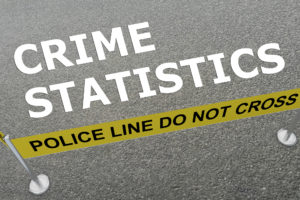 The dollars lost to organized retail crime are significant.

The first step of recognizing and addressing organized retail theft is seeing the red flags. ORC thieves are both professional and proficient.

There are usually 2-3 regular participants on an ORC attack. This can include any of the following:

Boosters: professional shoplifters who often work from a list

Handlers: the organizer who sells the stolen items to fences

Fences (or diverters): dealer of stolen goods, usually at a discounted price

It’s common for several boosters to work an area, return to a common vehicle with stolen merchandise, unload, and then move onto the next location.

The thefts themselves with occasionally be brazen and executed on a mass scale (such as flash mob robberies) but more often, the booster slips in and out, barely or un-noticed using professional shoplifting tools or by skillfully distracting the staff from their theft.

With multiple parties involved, it is harder to build a criminal case when theft is discovered.

It’s helpful to know what’s on the crime ring’s shopping list. Here are the top items which are stolen and fenced.

How to Prevent Organized Retail Crime

At a store level defense, there are several steps to take to thwart organized retail crime, including:

If you are a part of a multi-unit retail system or a franchise, you have an opportunity to share fraud patterns and inventory reports across an enterprise level. With aggregated data, it is easier to identify high-loss stores or regions, creating an organized response.

On a national level, retail stores should collaborate with law enforcement officials, linking evidence which can help identify organized retail crime rings via fraud ring analysis. Staying in communication with your local law enforcement professionals goes a long way towards helping you both.

Proper documentation is key to building and prosecuting a case. Organized and robust findings will also go a long way towards convincing the police department and prosecutor to work with your store when it comes to organized retail crime.

Include these items in your case files:

In conclusion, crime will continue to happen but you have to be proactive and diligent when addressing organized retail crime. Start by putting the proper procedures in place, work with local officials, and utilize technology to look for patterns and theft.

How to Effectively Monitor New Hires

In many retail locations, a store manager might handle initial employee onboarding, but delegate training to one or more senior employees. Managers may not have...

Normalizing Surveillance Cameras in the Workplace

Retail employees may be accustomed to seeing surveillance cameras on the premises, but they might not know how management uses cameras (or whether managers take...

If you’re running an upsell promotion, how do you know whether your cashier made the upsell or whether a customer had already planned on buying...